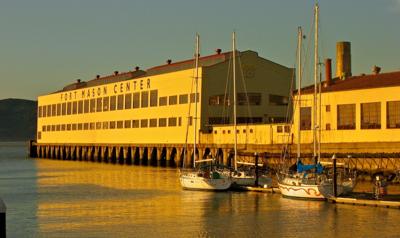 Travel to me has always been an escape. From the days spent in a bomb shelter in Lebanon, with Mom holding a rather thick book about Russia (or any country for that matter) in one hand, and cradling one of my brothers in another.
My first trip ever was when I was a kid and Mom took the family a few miles outside of Beirut. Mind you, we were still in the same country but in a different surrounding. She made the outing fun. "Go look for something very colourful and strange" she would say. Or even better "let's try it! How else are we going to know if we like it or not". Her sense of adventure is carried through all three of her children.
Now every time I travel, be it using a passport or just the town next door, I always look for something colourful and different.
With that said; traveling for me is a dream, an escape, a new world full of new sensations, smells, sounds, feelings (palpable or just state of mind), intrigue, and inspiration.
I always make it a point to get out of the airport and roam around when on a lay-over.
When I was a student and wasn't able to afford a trip out of the country, I always planned on walking around San Francisco, California where I lived at the time. The new season, the colours of clothing in shopping stores, the cold breeze, China Town, the extreme difference between the high society of a certain district and the poorest, homeless in the Tenderloin, the history of the Hippy era, the various ethnic foods, the beatniks, the fashionistas, the noisy cable cars swooshing by with their bells ringing telling you "either join us or get out of the way", the warmth of the sun on an otherwise cold day, the salty air of the marina... all these memories still dance around in my head.
The best part of going somewhere is revisiting a familiar place with a new person and reliving all the excitement all over again.
Travel awakens my soul and puts me in a peaceful state of being.