Lyrical Journey Of Going Away From The City 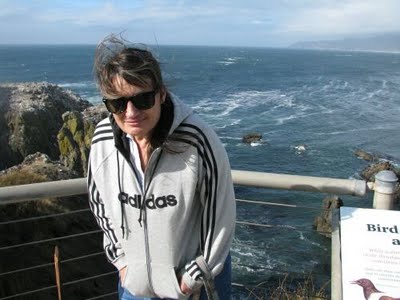 I live in the city. Its a fairly big urban city. Which is fine most of the time. But every now and then I get the urge to see really blue skies, an ocean, trees undivided by highways and interstates, along with the desire to smell fresh air and hear....nothing..or almost nothing. City living is full of noise - sirens, traffic, dogs barking, neighbors yelling and horns honking all hours of day and night. So when I travel I get out of the city - as far away as possible.
I've gone to the beach several times. Rehoboth Beach when my children were younger; Atlantic City when they were older, and also, several times by myself. I've also accompanied my husband on trips to Ohio and Pennsylvania - the mountains of Pennsylvania. Its not always just the location, although I do love the beach. Its the feeling of getting free of the city and seeing new and different sights along the way. Car is my preferred method of travelling; but I've gone the Greyhound bus route to Atlantic city a few times, too. Even on a travel bus it's exciting to see the outskirts of the city fading away and new places appearing. Even stopping at rest stops is a treat - they are usually located in out of the way places off a highway.
When I get to my destination, its also fun to see if others seem to think I'm local or an out of towner. Most people have trouble guessing where I'm from anyway as I don't have a traditional baltimore accent. Thanks to language training.
Last year I flew to Oregon. It was my first plane trip ever and probably the most exciting travel I've ever had! There was a stopover in Chicago where I met up with an internet friend, Keith, and his cat, Charlie. We had emailed each other for two years and never actually spoke. In Oregon, my friend, Jody, was anxious to show me her state in eight days. We went to the coast, we went to the mountains. I saw the legendary Willamette River, and jumped off the rocks at Foster Reservoir. One night we drove to a reservation which housed the casinos. At a casino restaurant all the waitresses were American Indians.
This year, due to the recession, I wasn't afforded the opportunity to travel. I hope to make up for it next year.

Join in and write your own page! It's easy to do. How? Simply click here to return to Meaning Of Travel.